Once again today I was exposed to the reality of dog fighting.  Recently it has become a hot topic in social media and it has cropped up a couple of times in tv dramas that we have been watching.  My initial response is to recoil into hate and disgust for these people and anger that once again I am having to think about such terrible things.  However, I knew that wouldn’t help.  Instead I took myself off for a little chat with Spirit to understand why these things are in my face so much at the moment.

A few months ago I was given a directive from Spirit; a vision on what I could do to help animals that suffer at the hands of humanity beyond striving to be cruelty free in all the products I purchase and removing fish from my already meat free diet. 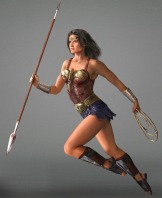 I was shown a woman standing on a hill holding a spear.  She was looking over the earth and above her was a deep dark cloud.  I became aware that the cloud was the group consciousness, all of the souls of humanity were plugged into and made up this cloud.  As I looked at it the end of my spear began to shine brightly and I was instructed to thrust this spear into the cloud, bringing light to the whole of humanity.

The purpose of this was not to punish humanity for those that hurt animals, as to do this would hurt animal lovers too, including myself.  I was also not change specific people but, instead, to simply bring light to the hearts of the whole of our species so we could make new choices in situations involving animals.

So, back to today.  While I was going through the process of lighting that cloud I asked why dog fighting had become more prevalent? Spirit had a surprising response that also tied in with all the child abuse scandals that are going on at the moment. 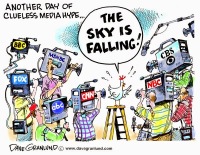 The media generally implies that humanity is a lost cause and is getting worse.  There is more violence, more abuse, more hurt and pain and that those of us who are not party to it should fear the rest of the populace because they must be terrible people.  Seeing more dog fighting on the tv and in social media could easily imply that it is more common now.  But flip the coin and think about it differently.

These terrible things have been happening for decades.  The child abuse scandals show this; they are going back 30 or more years finding more and more people who have done terrible things.  This isn’t now, this is decades ago.  The difference is people are standing up and saying that it happened.  People are realising that the public are on their side more and they will get the belief that they have craved since they suffered the abuse.

This can be applied to cruelty to animals. Seeing more and more of it on the tv and in social media just means people are bringing it into the light, people are realising that it cannot continue to happen.

As with many things that need to go through a healing process it has to appear to get worse before it gets better.  Seeing it so much just means more people are forced to form an opinion and there is a good chance that they will take the side of compassion, with peer pressure this could lead to a change in the more hard core people.

So, when I see something like that I am going to try not to recoil into hate but instead send love and light into that cloud and hope that we are seeing signs of change.

One thought on “Things are not what they seem – animal cruelty”


Severn Close
Wellingborough
Northamptonshire
NN8 5WF
07808-066-138
I offer sessions most week day evenings and at weekends. Contact me for details.

My dreams for CrystalOak are to bring support and compassion to a world that often seems dark and frightening.

Working full time as a Bookkeeper and having a full time income means that this is not about making money.

My prices are low because I believe in
everyone having access to complementary therapies, not just
those with disposable income.

This is not a job.
This is my passion.